With the blessing of His Eminence Metropolitan Hilarion, First Hierarch of the Russian Orthodox Church Abroad, on November 21, 2017, the feast of Saint Michael the Archangel joyfully began with a moleben of thanksgiving, with festive Divine Liturgy.

On this feast special prayers are offered for the health and many blessed years of His Holiness Patriarch Kirill of Moscow and all Russia Shepherd of the Russian Orthodox Church, His Eminence Metropolitan Hilarion, and First Hierarch of the Russian Orthodox Church Abroad. Special prayers are also offered for peace in our families, in our local community, and in the world and in the suffering countries. 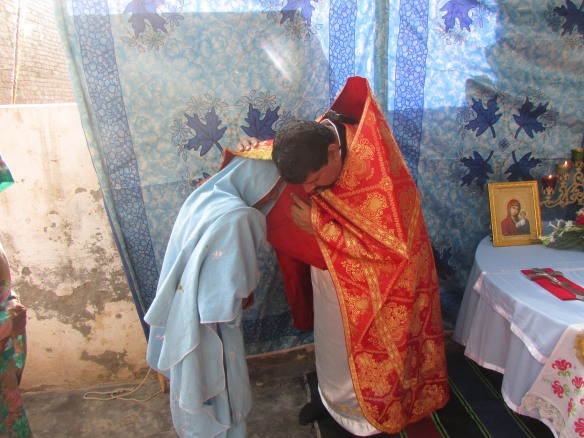 After the Divine Liturgy, Fr. Joseph delivered a sermon about the work and sacred responsibilities of the Holy Archangel Michael and the other bodiless Hosts of Heaven. Fr. Joseph told faithful that the Holy Archangel Michael is the head of the entire heavenly host, and explained about the protection of guardian angels for the human race. Fr. Joseph said that Angels were created as messengers of God. The Scriptures reveal that God created nine orders of angels: Seraphim, Cherubim, Thrones, Dominations, Principalities, Powers, Virtues, Archangels, and Angels. The archangels are Michael, Gabriel, Raphael, Uriel, Raguel and Sariel. 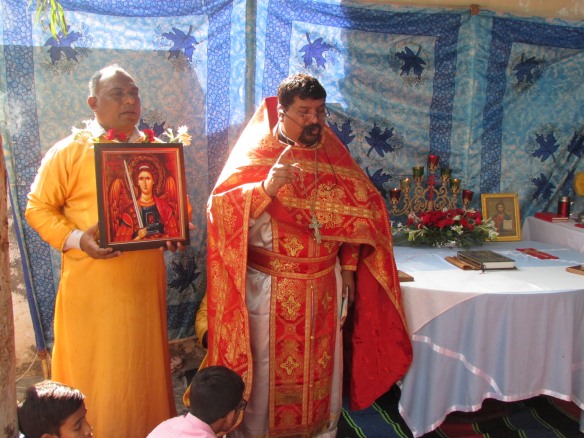 Further Father Joseph told to the faithful about the works of Holy Archangel Michael. He said that Saint Michael the Archangel holding a sword in his right hand depicts that he crushed Lucifer, and the palm branch in his left hand signifies that he is the guardian of the Orthodox faith and a fighter against heresy. The Holy Archangel Michael, one of the highest angels, remains faithful to the Creator. Further,

Fr. Joseph told the faithful that we must follow the true traditions of holy Orthodoxy in our daily lives and always remain faithful to the Russian Orthodox Church, because these days holy Orthodoxy is being attacked from all sides by schismatic and heretic forces. We must condemn the forces of the devil, and follow the example of the holy archangel of God Michael and his entire heavenly host, who battle against dark forces. 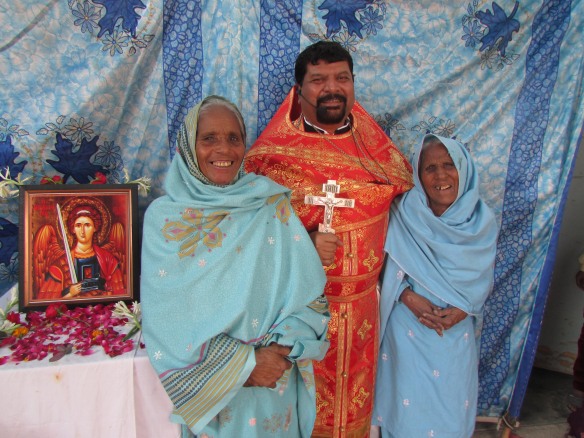 Protection of Saint Michael the Archangel:

Special Thanks to our Great and Loving Vladyka Hilarion:

At the completion of 5 years of the St. Michael the Archangel Orthodox Mission in Pakistan, I extend my heartfelt gratitude to His Eminence Metropolitan Hilarion, First Hierarch of the Russian Orthodox Church Abroad for his blessings, encouragement and pastoral care.

I humbly request you to help the mission through your kind donations and charity. ROCOR Church in Pakistan is moving ahead day by day! Saint Michael the Archangel Orthodox Mission in Pakistan needs your generous support for the construction of first Russian Orthodox Church in Pakistan as we are celebrating Divine Liturgy in tents, faithful homes and in open area.

Donate to the Mission